Money matters are often a challenge in any relationship, and they become even more challenging in the case of a second (or third) marriage or common-law relationship, especially when they include children from previous and current relationships. Here are some points to consider:

by Jordan Harbinger ?Each Mo Bro Must Conduct Himself Like a True Country Gentleman.? So reads the last, […]

Times are lean, and stretching your money can be tough. Even as a working professional, I’ve had to […]

There is nothing like sitting down in a room with the most desirable women in the country and getting to ask them a series of questions you know; you KNOW; every guy wants to ask…

Of course, the Women We Love feature interviews do this all the time, especially with regard to questions on motivation, success, and naturally dating and attraction (hell, we released a whole ezine on it just two weeks ago…check it out here). But we decided to take it one step further with our New You Issue, and bring you some real meat on the subject.

To this end, we talked with four models from one of North America’s most successful–and largest–event staffing and modelling agencies, Girls of Glam: Clara-Ann Ruiz,?Tamara Jemuovic,?Hayley Marie, and Girls of Glam CEO Jennifer. In reality, we could turn this into an insanely good series (we may yet, as the interviews keep coming in!). But for now, you’ll have to make do with the gold these four stunning ladies shared with us.

Actually, Aaron Marino; our style god and head honcho at IAmAlphaM.com; plugged our ezine in the members-only section of his community website. And what he had to say rings very true with what we have revealed here:

“Have you ever wanted to have a super foxy wing woman? …Do you wish that you could pick her brain, and say, you know, ‘What do you really look for in a guy, and what is a turn on? What is a turn off? What is the deal with dating and dudes? You wish you had that?…”

That’s exactly what we have here. Event and promotional models whose stock in trade is looking awesome and being friendly, but who have to suffer all the slings and arrows of rooms full of corporate dudes in suits and car show guys in dirty jeans; mashers with cheesy pickup lines; lazy guys who don’t know how to keep a relationship interesting. Some of it we’ve covered before, but a lot of what these ladies had to say was pretty insightful.

So, in support of our own free download project, and in order to really kick-start your understanding of the female species as you prepare for your new you in 2013, we’ve got one of the coolest features yet, just in time for the New You Issue. The Girls of Glam, telling you straight up what they think of dating, guys, and brutal pickup fails.

TMS: Let’s go right for the throat: Describe your one perfect pickup. What’s the best way a guy has ever asked you out?

Clara-Ann:?Probably just came right up and said he thought I was good looking and would like to take me on a date. Straightforward. Not creepy or cocky. Just friendly and honest.

Tamara:?It was raining and we were standing outside one evening. He looked up and said, “this is such a movie moment,” and I started laughing. Then he said, “I’ve never really committed myself to anybody in the past because I wasn’t about that. I was all about having fun. But I just want you to know that I’m ready to commit whenever you are.” I was stunned, I can even remember what he said word for word. Because he had the courage to just go and say it like that, I was so wowed that he got me then and there.

Hayley: Having a normal conversation starting with “Hi, my name is _____, I’d love to buy you a drink.” Newsflash: girls are generally happy to talk to you. It’s when the cheesy lines come into play that we lose interest.

Another time a guy in a mall asked me to hold his phone because he needed to fix it. I thought it was strange but I held it anyway and when I looked at it he had texted “You’re beautiful can I have your number?” It was original and cute but he couldn’t have my number because I think he was about 15.

Jennifer:?I like a real gentleman. You?don’t?really get that that often anymore. I met a guy through work and we had seen each other a few times. After the second time, he texted me after saying it was good to see me but he had a tough request: that the next time it would be longer and over dinner. It was cute, funny and simple. It made me smile. He was polite about it and?wasn’t?cocky (another thing you?don’t?get often).

TMS: What was your best first date?

Clara-Ann:?Most of the first dates I have gone on have been pretty low key and laid back, which I like. Going for coffee, or a casual dinner and movie. I think that is a great way to get know someone. A casual environment makes it comfortable and way less pressure on both parties!

Tamara:?My best first date was a three-hour phone conversation followed by dinner at a sushi place where we closed down the restaurant because there was so much to talk about, and if you were to ask me what we talked about, I couldn’t tell you because sometimes the best conversions are the ones you can’t remember.

Hayley:?Finding a secluded surf beach in Puerto Vallarta (I was living there at the time) and spending the day sipping wine, picnicking and being taught how to surf.

Jennifer: He took me to dinner and a concert of one of my favorite bands. It was actually technically our second date but it was def. one of the best dates I had. We sang along together and it was just a really fun time. He put a lot of thought into it and really put together a date based on our similar interests.

TMS: If that date’s your Porsche, what’s a good “Camry” date? (You know, not the fantasy of a lifetime, but a good, reliable first date option everyone knows will work and get you where you need to go in reasonable comfort…)

Tamara:?I don’t like movie first dates because there is room for awkwardness where you don’t really know the person…so should you hold his hand? or should his arm be around you? I’d rather do something casual, like a coffee date where you can just go and see if you click with that person. There is no reason to do anything extravagant for the first date because it could be disastrous. I mean after all, you are getting to know the person and it’s easier over coffee rather than sky diving.

Hayley:?Dinner is always a good first date. It gives you a chance to talk and see if you connect on more levels then purely attraction. I also love first dates like going to a local festival or exhibit, small live concerts or even something like bowling or mini putt. Some friendly competition is a great way to keep the date exciting while still allowing for conversation. 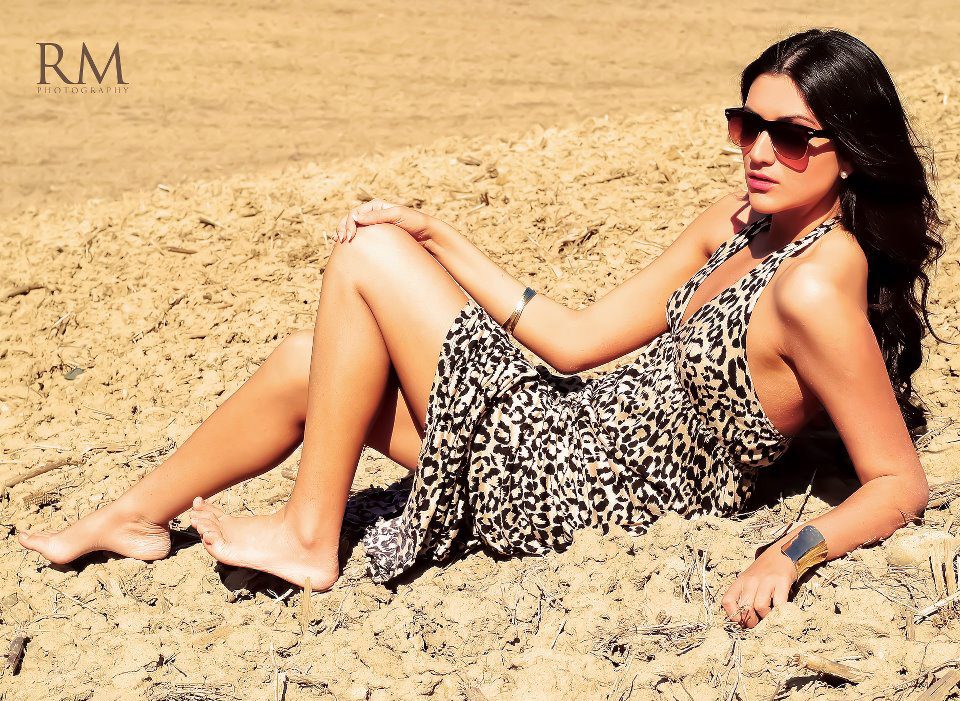 TMS: Have you ever been the victim of an absolute pickup crash and burn?

Clara-Ann:?Yes I have. I, like most people, really value honesty and one time I had a guy fake a British accent when asking me out. I?shouldn’t?even say it was British because it was a poor attempt that came out as a mix of Australian, Irish and British. Little did he know, I had actually dated a guy who was from England and could spot an accent pretty well. When I called him out on it he was quite angry actually and ended up walking away embarrassed. If he had just been honest and said ??OK?OK?you got me, I am just trying to impress you,? maybe I would have given him a chance! 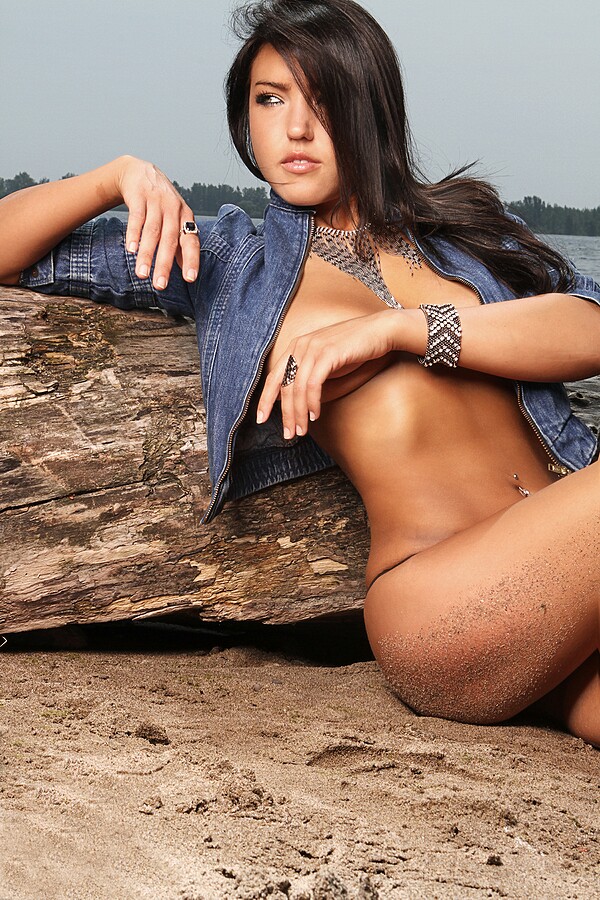 Tamara: Yes, I’m sure we all have at least once in our lives and if not, then it’s coming for you soon so be alert. So this is what happened:

Guy: Oh no, I lost my phone! Can you please call it for me!

Me: Yeah sure, what’s your number

Hayley: Yes! Many; the most recent being at the mall. A guy with his pants at his knees, a wrinkled white tee and a toque strolled on over and said, “Mommy, let me get your pin.” I literally laughed in his face. First of all, I’m not your mommy and second try changing out of your?pajamas?before you go out in public. The best part was he laughed along with me and continued trying to get my number.

Jennifer: Yes. So many. I have a large angel wing tattoo on my back and if I had a dollar for every time I have had some cheesy pick up line to do with it ? I would be a millionaire. ?Are you an angel?? ?Did you fall from heaven?? ?Are you good or are you bad?? I’ve even had one guy tell me his fantasy was to…you know…between my wings!

Divorce is something that no one wants to do; however in some cases it is inevitable. This is […]

Since the first investment was made many hundreds of years ago, a term that can be heard again […]

Summer is time for outdoor fun with your children. However, sometimes the days are long and your ideas […]