Not long ago I had the pleasure of reviewing the film Searching for Angels. Apart from being an all-around excellent production (and, of course, starring the always too-awesome-to-be-mortal Veronika London), this film introduced me to some impressive new talent.

Among that new talent was Alberto Tihan, a Toronto-based actor who was totally new to me, but whose performance as the almost-lovable dirtbag pimp Kemo featured well as one of the strongest elements of the production. While it’s nice to get in touch with veterans for their take on success and experience, we at TMS thought it would be great to tap into what drives and motivates a younger talent on his way up the ladder. And, judging from his performance and his responses, that ascent for Alberto will be very quick. 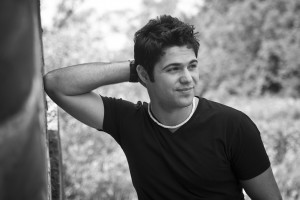 Gadgets: Too many. I hold most of the Apple iProducts. I find them very practical and efficient.

Sports: I enjoy anything that has to do with speed and heights. I need the adrenaline to get me going. I love snowboarding to death, I hope to be professional snowboarder one day. I also like skydiving, rock-climbing, mountain-bike, swimming, tennis.

When I was around 16, I had a terrible audition for Sin City. It was really embarrassing actually. Obviously I lost the role to Josh Hartnett, but that bad audition motivated me to learn more, so I took some acting classes at ASM Studios in Montreal, and I got the acting bug shortly after.

The most supportive person at that young age was my mom, who was across the ocean, in Germany. My father didn?t believe in this acting thing. But in time, friends and family became very supportive, when they noticed how serious I was about it.

How has your work contributed to your development as a person?

Well, it certainly opened my horizon more. When you?re exposed to so many different characters, stories, situations, it definitely gives you different perspectives of life. So although I?m young, I?ve seen a lot, through the eyes of my characters. And I learn from them, it enriches my personality and
qualities. That?s more rewarding than a pay-check. It also gives me a better understanding of the people around me and/or to understand where they?re coming from. 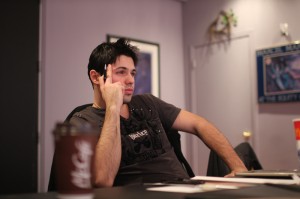 You have to be passionate about it. Be professional and take it seriously. You can?t be lazy in this business. I come across actors that just wait for their agent to call. That?s too much luxury for me. I recommend to write your own material and then look around for someone who can help you shoot it; so ?you?re making work for yourself, and for the ones around you. You really have to work to get your name out there and be seen. Take advantage of the internet and put up a professional website and post you recent work. You don?t even need to spend money; there are lots of free social media and?blog websites that allow you to customize your account/page and post material.

Producers need to know you?re active, serious and still in the business. And since you?re just entering the field and experience is a must, expect to work for low rates, or even for free; at least until you?ve earned your rate.

I don?t encourage working for free, but I do encourage compromising for a good demo reel, or simply helping a fellow filmmaker with a project; creating contacts is KEY in this industry and although there?s lots to do with luck, sometimes you have to make your own luck. I also recommend having high quality head shots (and demo reel). A casting director may not like your smartphone-pictures as much as you do. And for Christ sake, don?t be a diva on set. It?s a small world after all. People want to work with people they like. Sometimes, the talent is just a bonus.

My friend told me once: ?You are the President and CEO of the company that runs your life?. So I always push myself; I set my goals higher and then I make it my responsibility to achieve them. I will only learn how to swim if I?m thrown in the water; because then I have something to fight for.

I like to be out of the house, and catch up with friends over drinks. Or just go to the gym for a work-out, or any sport for that matter. These days, I tend to get overwhelmed with acting and writing that I focus on the urgent and neglect the important. So I try to spend as much time as possible with my
friends and family. 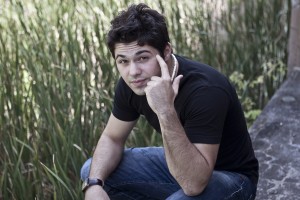 I?m inspired on a daily basis by everything and anything around me; from something good that happened to a relative to a problem or dilemma a friend might have. People often ask around for inspiration not realizing that since filmmaking is portraying real life, inspiration can be found all around us, in real life. And I?m mostly motivated by my desire to do more, better, faster. I have a huge craving to accomplish things, help others and to make my loved ones proud.

What has been your greatest achievement?

I think one my best personal achievements was to move out after high school and live on my own in Toronto, while attending full-time college AND working almost full-time. And I moved here before I even got accepted in Humber, so that was risky business. As for a professional accomplishment, I
booked the role of Kemo in Searching For Angels right after acting school. One of my acting teachers told me to leave North America and try acting in Europe, because I speak multiple languages, but I did not want to lose out on the opportunities here. So I?m kind of proud of that.

Besides playing a powerful gangster on screen and acting with the big stars, I?d like to have my own production company one day. There are lots of great scripts and strong projects that have potential, but don?t get passed the development stage because of funding, so I?d like to help elevate the
independent scene; and of course, put all my actor friends in them 😀

I can see through people when they lie or hide something. I can smell that from miles away. I?m also good at encouraging people and giving them advice; and a good listener overall.

I don?t read a lot of novels, other than Eric Jerome Dicky?s and Paulo Coelho?s novels. But I enjoy reading books like Why Your World Is About to Get a Whole Lot Smaller by Jeff Rubin or 13 Things That Don?t Make Sense by Michael Brooks. Most recently I got some film books, like The Producer?s Handbook
by John J. Lee Jr. and Anne Marie Gillen and Getting The Money by Jeremy Juuso. I also got hooked on the TV show “The Unusuals” with Jeremy Renner and “Lilyhammer” with Steve Van Zandt; I think he?s a brilliant actor.

Leaving Montreal for Toronto was a tough call for many reasons. I grew up there, so moving out of town, at 18, meant leaving everything and everyone I knew behind. Also I had a girlfriend at the time, so leaving her for acting was a tough call; since I tend to attach myself to people pretty quick. So I
bought a one-way ticket to Adventureland hoping for the better? And for my passion, it was definitely the right move. It probably sounds more dramatic than it was lol

What’s next for you? What’s your next big project?

I recently landed a TV pilot, which I?m really excited about. I can?t disclose much about the character, or the series, but I think I?m starting to get type casted. I?m developing a horror film with screenwriter/actress, Kelly Paoli, which is coming along. Although the script is horror of genre, it?s ultimately a love
story. So it really an interesting scary mix of horror and love, and I mean that literally. I?m also working closely with director Adnan Siddiqui to develop a film green lit, based on the novel If I Should Speak by Umm Zakiyyah. We just filmed the proof-of-concept over the weekend and it looks great. It was my
first shot at producing and loved it! So the feature film should be the next big project.

I would tell my son to stand up for himself and for what he believes in, discretely and respectfully. I?d teach him to fight and/or work for what he wants, as supposed to just ask for it. I?ll teach him to be kind and generous, but also to be tough and strict when needed. I?ve come across a lot of mean and
vicious people in my life, so I?d teach him to ignore them. 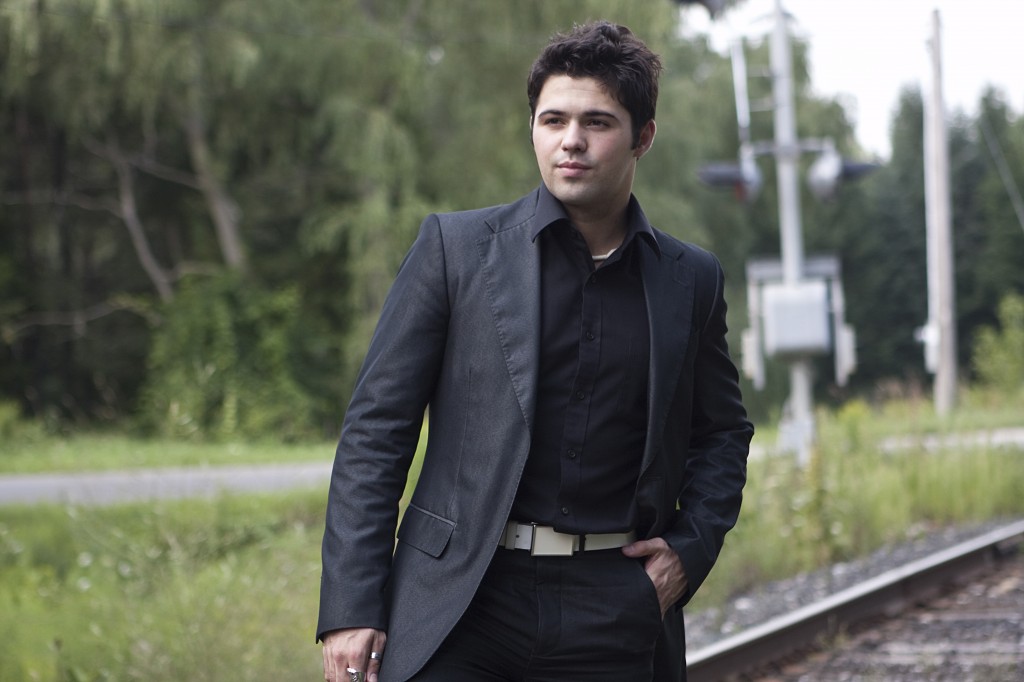