Born in Ottawa, Ontario, Chad began acting at the early age of 11, and in 2006 graduated from the Ryerson University Theatre School Drama Program. Throughout his career, Chad has performed on theatre stages including the Ryerson University?s production of The Widows Tears, Richard III and Agamemnon as the title character. He has also performed in the JCC Theatreworks? production of Peter Pan, Merivale Productions? Pirates of Penzance, Anything Goes Billy and Little Shop of Horrors, as well as the notable Canadian Director, Liza Balkan?s production of Enemies.

Pets??I sometimes struggle to keep myself alive, so I’m not really in a position to have a pet. I did have a dog growing up– a Schnauzer named Cody? He was literally the best dog on earth.

Car(s)??If I owned one probably a 1960s Jag XKE Convertible. I drove one in a movie I did a few years back, and haven’t felt that good about myself since.

Gadgets??iPhone/iPad/MacBook Pro? Maybe soon a back-hair trimmer?? The best gadget is a cell-phone jammer. Turn it on and within a 15 foot radius no one gets cell reception. It’s perfect for the annoying person next to you at dinner or in the movies.

Workout routine??I train pretty hard. Outside of being a generally active person, I like to spend a lot of time in the gym. Right now I’m really into circuit training. I lift the heaviest weights I can and try to incorporate some functional exercises as well. But a circuit is never complete without some boxing or rowing.

Favourite instruments??My djembe, because I don’t have to have any skill to sound good.

I knew pretty early on that I was carving out a clear path for myself. I started doing local theatre and some professional film when I was a kid. I started to focus on things that would contribute to my growth as an actor– at the same time high school maths and science fell by the wayside. I love to learn, but I was definitely the class clown all through school. I think the most important skill I learnt in school was how charm and the right kind of finesse can come to your aid.

When I was a kid, there was a really high-level community theatre company run by a man named Peter Evans. He mentored a lot of kids in the arts, where I grew up. Now on almost any given day I can read a headline in the arts section mentioning the success of someone who developed their skills under his guidance. He touched a lot of lives, before he unfortunately died of cancer in 1998. His name lives on in some memorial trophies as well as the work that a lot of great actors and performers do across the continent, on a daily basis. Men like him don’t come around too often. 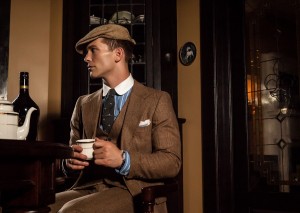 Acting is a really introspective endeavour. Everyday you’re analyzing yourself and your behaviours and relationships. It can most definitely get into your head a little at times, but it can also help you in social situations. Knowing so much about peoples’ objectives and what tactics they use to attain them, can help you navigate through the sometimes murky waters of social interaction. My work also forces me into situations I might normally shy away from. I have a natural tendency to be a bit of a home-body, but my job is such a social one, I just can’t get away with that. It’s good to challenge yourself and get out of your comfort zone, and acting definitely pushes me to do that.

No one is really outside of the reach of acting and the arts. Whether it’s drama, or painting, or music, I think to be a well-round man you should have some sort of outlet. I’ve had the fortune to try to pass on some of my knowledge to some younger, aspiring actors. Getting young people into the arts is something I hope to do in an even larger capacity in the future.

Work your ass off and take it seriously. Act in everything you have the opportunity to be in and learn everything you can. Actors are often seen as slackers, and unfortunately it’s often the case; but if you’re invested in a career that you love and want success, you’d better do at least one thing every day that will help you attain your goals. Also, refresh your goals every now and then. It’s not enough to have the goal “I want to be an actor” or “I want to win an Oscar”. I mean, come on, everyone in the industry wants those things. What goals are appropriate for you?right now?and what can you do to make those things happen.

I should have saved part of my response to the last question for this one? My philosophy on acting boils down to this: No one can stop me from acting. Even if it means I’m not getting paid for it, I can always act. I am so fortunate to have my work also be my idea of play.

I love food. I love to cook, but I love to eat even more– and I’m really good at it. I’m also a stereotypical man when it comes to things like whiskey and cigars. One of my favourite things to do is sit with my Pa and sip on some Scotch and puff on a Cuban. 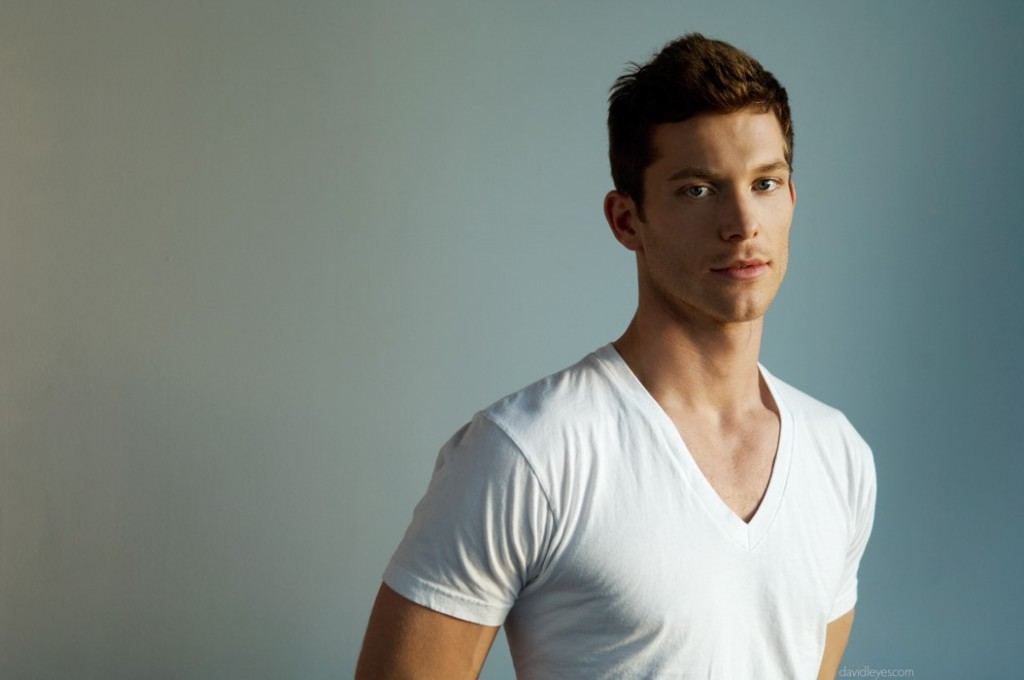 My childhood dreams. Every time I feel a dip in motivation I think about all the things I planned for my life as a kid and I feel a surge of energy to keep going. Music is a good tool to get in gear too. Sometimes if I need that extra little kick, I’ll watch one of my favourite scenes from a favourite movie or TV show and it reminds me about the capacity acting and story-telling has to affect someone. That really gets me motivated.

I’d like to make the shift into producing. I have an eye for good material and having as much experience as I do in front of the camera, I think I have an inside advantage on the mystical aspects of acting and bringing the pages to life.

I am a damn good Wedding MC.

My Grandfather. He was a 6’2 Military General with all the force of character that comes with that. He was also the gentlest, and most open man I’ve met. He was active and really lived right until the moment he died. He was the patriarch of a big, tight-knit family, and I know all of the men in my family feel we’ve got big shoes to fill.?I always felt special in his eyes. It wasn’t until he died that I grasped that he had the ability to make everyone feel that way. He grew up in The Depression and carried those values of hard work with him all through his life, no matter how successful he became. I’d like to think I inherited even one 10th of his work ethic. He passed away with the whole family by his side at 11:11pm– That’s style.

I’m reading The Universe Within by Neil Turok– it’s a book about theoretical physics and where we as humans fit into the Universe. It sounds a little dry, but it’s written in pretty accessible language, and is a really great read so far. My mind fixates a bit on where we fit into the universe, and the nature and structure of things. I love books that explore these questions.

In terms of what I’m watching, I am a sucker for anything on cable. I love the offerings of Showtime & HBO and recently I’m loving what Netflix is producing. I’m really excited about the trend toward On-Demand viewing. Specifically, I’m watching “Ray Donovan,” “Dexter” (I’ll be sad to see it go), and I just finished “Orange is the New Black”.

Right now I’m excited for “Mortal Instruments: City of Bones” to come out– I have a nice role in that, and? in several months you’ll get to see me do a guest-appearance on the first episode of the new season of the Canadian TV show: “Murdoch Mysteries”.

I’ll be packing my bags and buying a one-way ticket down to Los Angeles in the coming months. It’s a little intimidating, having to pack up your life and make such a big change, but I’ve spent a lot of time down there and I really love it; so I’m sure I’ll settle in ok? Though at heart, I’ll always be an east-coast guy.

Always hold the door for the person behind you. If you teach your son to be the type of person who is considerate of people coming up behind him, no matter who they are, I think you’ve brought a decent man into the world.

I’ll give you one of my favourite quotes:?”He has all the virtues I dislike, and none of the vices I admire.” – Churchill