Gracepoint is the story of a major police investigation in a small California seaside town after a young boy is found dead on an idyllic beach. Soon deemed a homicide, the case sparks a media frenzy, which throws the boy’s family into further turmoil and upends the lives of all of the town’s residents.

Playing the role of Kathy Eaton, Alisen?s character is the editor of the local newspaper and in many ways is the voice of the town. Trained in the big city, Kathy believes in journalistic integrity, but also seeking and reporting the truth. Her intelligence, intuitiveness and savvy, as well as her compassion and kindness make her an emblem for what Gracepoint represents in today?s world.

Alisen Down can be recognized from her role as Jean Barolay on the renowned television series Battlestar Galactica. In addition, she has appeared in TV shows including DaVinci?s Inquest, Stephen King?s Dead Zone, Stargate SG-1, Smallville, Flashpoint, Shattered, The L Word, The Killing, CBC?s Murdoch Mysteries and Cracked, R.L. Steins The Haunting Hour, Lost Girl, Supernatural, Transporter: The Series, Haven and more.

Born and raised in British Columbia, Alisen attended the American Academy of Dramatic Arts in Los Angeles, California and from there went to England to study with the British American Academy in Oxford.

She currently lives in Toronto with her husband, award-winning actor David Richmond-Peck, their son and ?family? of animals. 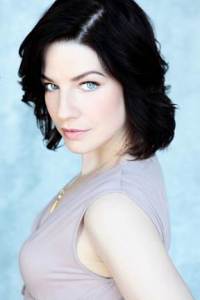 Stats: (how do you quantify your own awesomeness?): My lack of fear.

I’ve always wanted to be an actor. I wrote plays in elementary school and was in every play I could possibly fit into my schedule in high school. All my post high school training is in acting. It?s just always been ?it? for me.

Knowing?I’ve?done a good job. Knowing?I’ve?put blood, sweat and tears into a role or project.

Loving what I do. And paying the bills.

Yes. If I think I am working hard, I will work 200% harder and that will maybe scratch the surface of how hard I SHOULD be working. 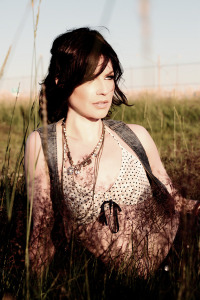 Getting ready to shoot an episode of ?12 Monkeys?.

Getting a tour of the tattoos 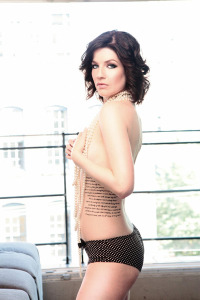 NO gluten. Other than that, I try to eat well without being miserable.

I use the treadmill at home, I do yoga, walking, weight lifting.

I am in the process of working on a story outline for a documentary I am doing about Elephants in Africa.

Favourite workout tip: Your body is capable of much more than you think it is, so do one more sit up!

Favourite recipe: I made a gluten free meatloaf a few weeks ago that was out of this world. I got it from Gluten Free Mom

iPhone or Android:?iPhone but am willing to give the Android a whirl 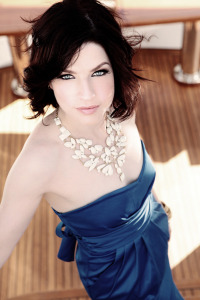 What are you driving: Honda CRV (but with roof rack, trailer hitch, and running boards to sport it up)

One thing guys should know when talking to a beautiful woman: Concentrate on her. Don?t look around at all the other beautiful women in the room!

Absolute WORST experience on set/shoot: It was so cold on one set I got Whooping cough ? no heat and a 15 hour day. I got paid with a pie. Literally. A pie.

One quirky thing about you that never turns up in interviews: I love doilies but I?m not allowed to use them as decoration because I get called a grandma. Which I personally don?t mind but nobody likes my doilies except me.