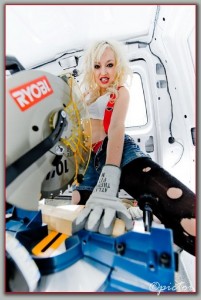 I bumped into Dani Barker once upon a time through some mutual contacts on Facebook, and thank God I did. Dani is the epitome of how to turn the slings and arrows of outrageous employment fortunes into a success story. Her hit web series, “Starvival,” documents the weird and often hilarious job ads she comes across on the infamous Craigslist while searching for routine acting work. The results…well let’s just say Dani’s own comedic talents coupled with the limitless natural resources of Craigslist pinheads, douchebags, creeps, and just plain morons is enough raw material to make the Alberta tar sands look like a stain on your dad’s driveway. And all of this gold is getting some serious, and much deserved, network attention.

But hey, don’t take my word for it… 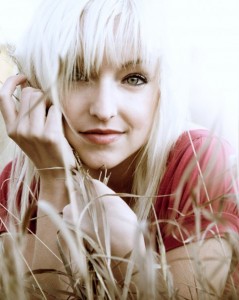 Starvival: (n) The first reality-comedy, web show going undercover with hidden cameras and secret identities to expose the most incredulous people with the most bizarre job offerings on Craigslist.

I trained for 3 years in University in Acting for Film and then Musical Theatre. Prior to that, I was a total theatre geek and got involved in every single high school production as well as community theatre show including Dinner Theatre at the RJ Haney Heritage Village in my home town of Salmon Arm. Yup, Salmon Arm–that is actually the name of it. [no joke…it’s right HERE]

After University, I toured for 9 months with Jubilations in A Buddy Holly Birthday Bash as Jessica Cowbell. Cool name right? haha.

After the tour ended, I moved out to Toronto on a whim and decided to pursue film and television. I am proud to say that the majority of my career has been created through my daily Craigslist searches for job posts. And this is how I created Starvival.

Creating my own work. I’ve definitely cried out of joy almost any time my Agent calls after booking a role, knowing I beat out a hundred or more other girls always feels great! No, but seriously. But creating a project from scratch, all the way to the execution of it, is far more rewarding for me.

I’ve always been my own motivation when it comes to acting. Coming from a small town, there’s not a lot of people following such an unpredictable path. Once I decided for myself, in Grade 10, that acting makes me the happiest, I just went full throttle with it. Haven’t stopped since. I’ve met a lot of amazing and inspirational people along the way, however, I have always been pretty solo when it comes to mapping out my future. A lot of people come and go in a cut-throat industry such as this, but if you know in your heart that you couldn’t possibly be happier doing anything else, then it’s not about trying and quitting…it’s about making it happen. 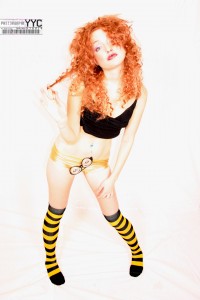 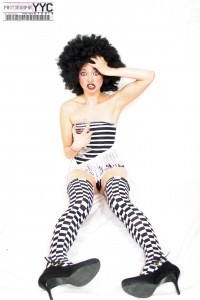 My own personal quote that I live by is: “Create your own fate”.

It’s easy to put off things for the rest of your life and procrastinate out of fear of potential failure, but if you never try, you’ll know and you’ll never get ahead. If you want to excel above and beyond, you need to take chances. I read on a book cover once: “Never give up” and “always do what are you most afraid of.” I also live by this.

Something in the arts for sure. And most likely film related, like Directing. If not directing, I’d probably try my hand at painting. Then, I’d probably get bored of that and try to be a singer or something…even though I can’t sing worth squat. 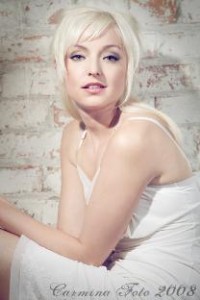 I am working on new Episodes of Starvival for 2012- been secretly filming Craigslist creeps almost on a daily basis…and getting lots of free meals out of it! I’ve been keeping busy on different film projects outside of Starvival too (lots of commercials, infomercials, web series, and short film projects) and just wrapped on the series: Moderation Town, after an 11 day shoot in Halifax.

Really changes from week to week. I eat a lot of sushi. And I have an obsession with wraps and making rice cake sandwiches. That is rice cakes piled with random meats, cottage cheese, and veggies. Mmmmm.

I go to the gym a lot- 5 times a week. On a good week. If not the gym, I jog and do random work outs in random parks. Or I randomly dance on my roof in the summertime. I also let loose once or twice a week in the gay bars. Best. Dancing. Ever.

[guys…this is how NOT to meet women online!]
What’s next for you? What’s your next big idea or project?

Gonna continue my web-series, Starvival. And without saying too much, there’s definite potential of it getting made into a TV show.

However, as far as the webshow goes, I definitely need to work on controlling my A.D.D. so i can get some editing done. I have some photoshoots coming up this week and a couple feature films filming this fall.

Outside of that, I am going to keep doin what I am doing: immersing myself in as many film projects as I can while continuing to worry my parents as I act anything but “normal.”

One quirky thing about you that never turns up in interviews: A secret about me: I played with Barbies until I was 16. 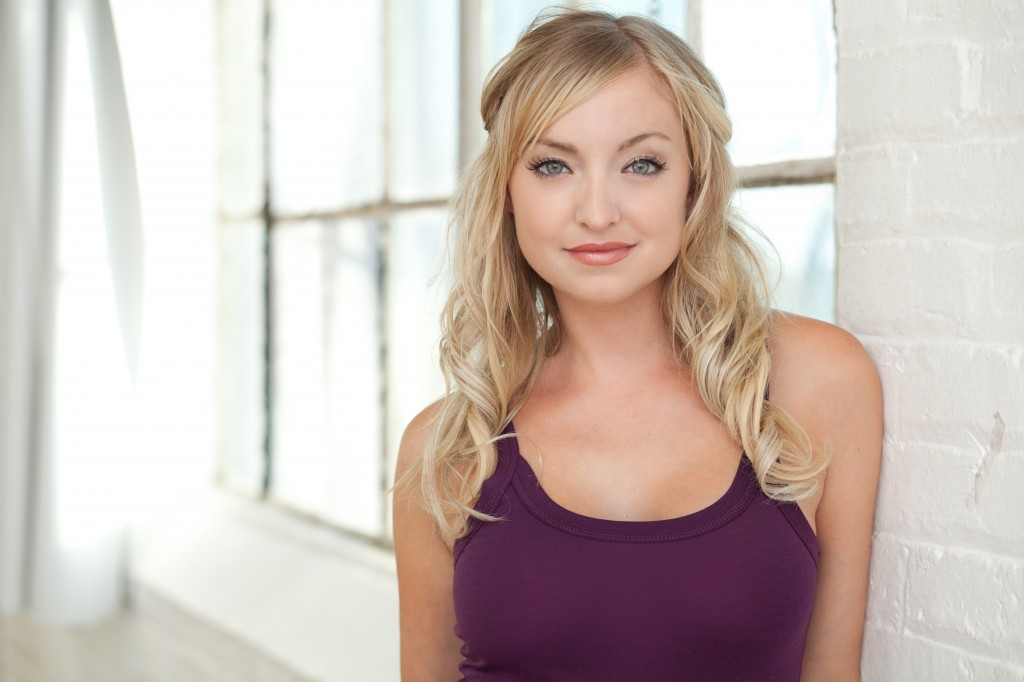