Kate?s character Grim is the technical operations manager for the newly formed 4th Echelon. She provides leader Sam Fisher with technical support in the field, and analyses and interprets much of the electronic data transmitted and intercepted by the team. A skilled hacker, Grim will help Sam and 4th Echelon stop The Blacklist countdown before it reaches zero this summer.

This summer, Kate can be seen in the sci-fi TV mini-series CAT. 8 as Beverly Hillcroft, airing across North America on Reelz and the SPACE channel. Kate stars alongside The Dark Knight Rises? Matthew Modine in this two-part series that follows a catastrophic backfire of a global defense system which launches unprecedented solar flares towards earth. With mere hours before the atmosphere ignites and the end of the world begins, only one man – a government outsider and renegade scientist – can reverse this cataclysmic disaster.

In addition, look out for Kate in the TV movie Clara?s Deadly Secret as Jane Jenkins, set to release in 2013. Kate plays the heart wrenching role of Clara?s mother who spends a lifetime dealing with the inexplicable death of her young daughter.

Kate can be recognized from her roles in TV series, such as Being Human and Sweet Tart?s Takeaway, a web series CBC chose to adapt into a one hour special last summer, and more. Upcoming, watch for Kate in USA Network and Showcase?s Covert Affairs as well as the European feature film, The Informant.

Kate is a former elementary school teacher from Ottawa, Ontario. It was a question from one of her students that prompted her to leave the classroom after 12 years, to pursue her dream of becoming an actor.

Recently, Kate was honoured to endorse Gamers for Sandy Hook, a campaign raising money for the Sandy Hook PTA to help them rebuild their community. As a former teacher and member of the video game industry, this initiative was close to Kate?s heart. Kate created a video addressing the tragedy and asked for financial support for those affected. In response, a Splinter Cell fan was so touched by her video, he donated $500 to the cause.

How do you quantify your own awesomeness?

I feel pretty awesome when my two little nephews double check that the blood on my face is only ketchup, after seeing me hurt on TV.

You know, ever since I was a little girl, I wanted to be an actress. ?I saw a production of Oklahoma when I was 8 and I wanted to be on that stage so badly I could barely sit still. ?It?s funny how things unfold for us though. ?A jazz teacher told my parents I had no artistic rhythm so they put me in sports instead of the performing arts. Right through university, my time was devoted to training and competing and it was a natural progression into education because I had always coached kids. ?I spent 12 fulfilling years as an elementary school teacher, but always felt like something was missing. Just after I turned 30, I took my first acting class and things quickly took off from there. I spent the next five years balancing teaching and acting in Ottawa and Montreal.

It was an innocent question from one of my students that prompted me to officially leave the classroom and pursue my acting career full-time. ?I was teaching the kids about Martin Luther King Jr. and his ?I Have a Dream? speech. I had the students create their own ?Dream Speeches? and it was a really big deal. ?The kids were so excited to share their wishes for their futures, and then one of my little ones asked me what my dream was. ?I told her that I always wanted to be an actress. ?She just stared at me, confused, and then so plainly asked, ?Then why aren’t you doing it??

It was such an awakening for me. Leaving the security of my classroom was the scariest thing I?ve ever done. I sold all my stuff, rented my house, packed up my dog and moved to a basement in Toronto. It was life changing. You know, jumping into the unknown is hard for anyone to do. Change is not easy. It?s way easier to stay in the safety zone, but I knew that I would live with this regret for the rest of my life if I didn’t take this leap of faith. I was so blessed to have the support of my family and friends as well. ?Acting is my calling. I?m definitely designed to be doing this. 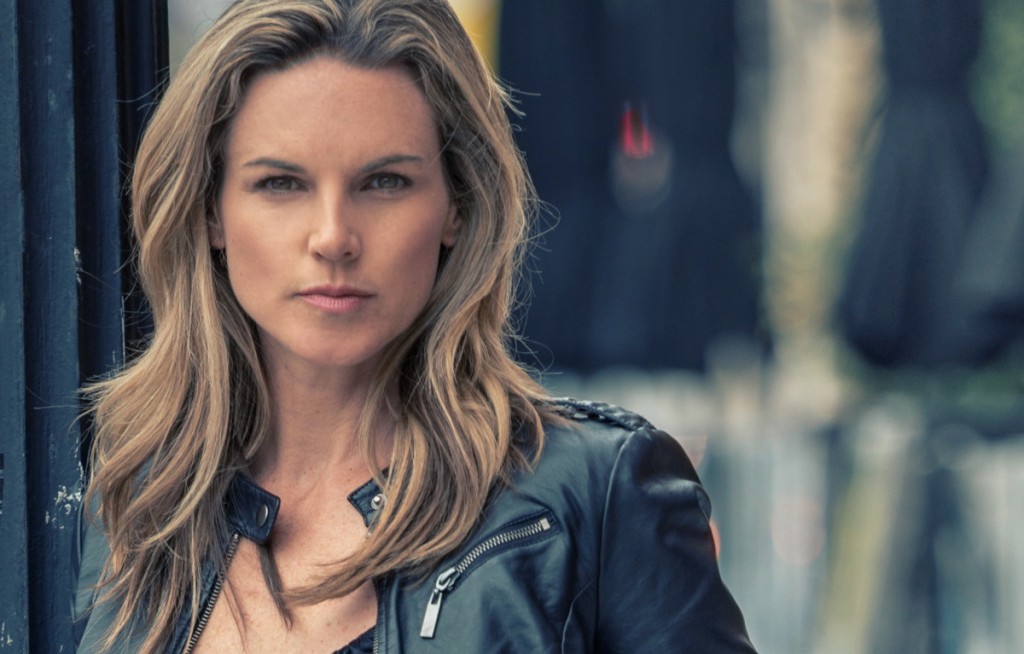 I love it when I can dig into a role that really stretches me and pushes my limits, physically, mentally, emotionally?. everything. I love lifting the words off the page and making them my own.

Watching other artists work. I am so moved by other actors and actresses. It?s such a personal form of expression, so when I see someone being brave and honest in their work, I feel like I’ve been given a gift.

I remind myself daily to be in competition with myself. ?I always aim to be better than I was the day before ? more focussed, more open, more honest in my work. ?And to do one thing a day that?s out of my comfort zone.

Owning an animal sanctuary or shelter.

A great sense of humour and being polite to strangers.

A sense of humour, good values, someone who is a communicator and who is grounded. 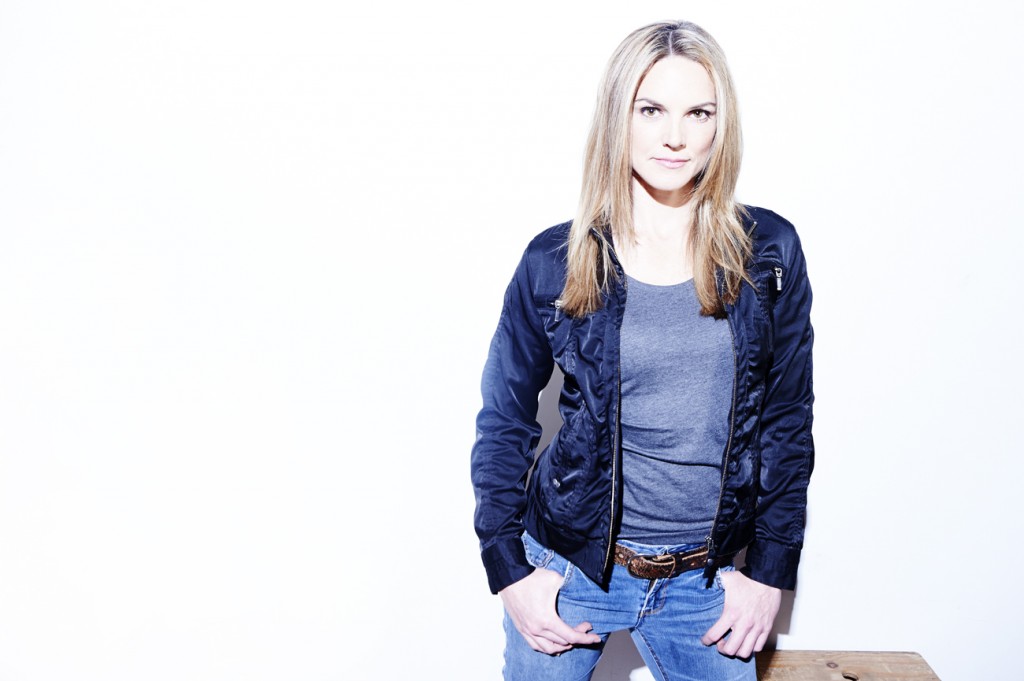 Other than the obvious ones? Talking down to people in any sort of customer service ? servers, taxi drivers, you name it.

Turn-offs: Too much chocolate.

No wheat, no red meat, little or no dairy.

Lunch and Dinner: lots of veggies and fish, salads

When I fall off the wagon, chocolate chips, jujubes and gelato all creep in.

I like to mix it up to keep it interesting. Typically my week includes playing volleyball once or twice, yoga, running, mountain biking, tons of walking with my pup. ?I throw in a bit of rock climbing if I can and your typical weight training and cardio (I love this machine at my gym where your arms and legs go all in different directions. I don?t know if they?re supposed to but mine do.)

Well, Splinter Cell Blacklist is being released next week, so I?ll probably be on my couch for the next while trying to play the game! I?m going to be at Fan Expo and some other events coming up too.I?m also producing my first play which is an original piece written by Laureen Vonnegut and we?re hoping that it will be on its feet early next year. ?I am also the host and creator of an online reality cooking show, A Jock?s Guide (www.ajocksguide.com) that donates 100% of its proceeds to KidSport Ontario. ?It?s a twist on traditional cooking shows because I can?t actually cook. The how-to videos are unscripted and quite disastrous at times but the recipes are great. ?I love this project because it keeps me creative while supporting a cause very near and dear to my heart.

Favourite workout tip: ?Listen to Jock Jams from the 90s.

What are you driving: Nissan X-Trail. Her name is Ruby.

One thing guys should know when talking to a beautiful woman: ?Just be yourself. Unless yourself is someone who tries too hard, is arrogant and who overcompensates? then don?t do that.

I name my cars. Talk to my dog. Talk to myself and no matter where I am, I always know the emergency exit strategies and places to hide in case of tornadoes.