Nadia Elkharadly is a Toronto based writer with a serious addiction to music. Corporate drone by day, renegade rocker by night, writing is her creative outlet. ?Nadia writes for the Examiner (.com) on live music in Toronto and Indie Music in Canada. ?She has never been in a band but plays an awesome air guitar and also the tambourine. Nadia is currently the Senior Content and Music Editor for Addicted and a regular columnist on Bob Gesarini’s blog?Don’t Believe a Word I Say.

Education: I went to the University of Western Ontario where I studied Media, Information and Techoculture with a minor in International Studies. I also learned how to drink like a champ, a skill that serves me well to this day!

Stats:?Age 32 but feel and act far younger (though they’re right about women in their 30s haha, if you get my drift), height 5’8 and not afraid to wear heels. 10 tattoos and counting. Helped my best friend found Addicted Magazine, and am the senior editor and music editor of that publication. 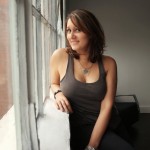 I’ve always loved to write. Yes, I was one of those nerdy kids who kept a journal and took creative writing in school. When I got older i wrote for a fashion site, but that never quite “clicked”. Then a friend of mine asked me to contribute to her music website, doing interviews and reviews. At that point i realized that writing about music was something i really enjoyed. In the summer of 2010 i bought all the concert tickets EVER. i must have spent at least a grand on tickets that summer, including buying a pass to my first ever out of town music festival, Lollapalooza (solely on the rumour that Soundgarden would be reuniting for the fest, which they did, and it was mindblowing). I was going to so many amazing concerts that I was just bursting at the seams to talk about all that incredible music. After a time even my closest friends got bored of me yammering on about all the music i was loving, and i desperately needed another outlet. So i started a music blog, and the rest, as they say, is history. i started writing for an online newspaper, then my best friend Mark, who has a huge social media following, decided to start a blog and asked me to contribute. After a month or two of that I decided i HATED the term blog, and that we should turn the site into an online magazine. Mark concurred, and so Addicted Magazine was born! Because of my music addiction I naturally became music editor, and it’s been a wild ride ever since.

I focus more on the local indie music scene when it comes to my writing/photography, so i guess the greatest satisfaction I’ve gotten is the heartfelt thank you’s and genuine gratitude from the artists I photograph and write about. I’ve been told multiple times that I “get” what they’re about, above and beyond what other journalists have seen or written, and that’s really a great compliment from the artist in my mind. That kind of a connection, putting something out there and having it received in the way that it was intended, and vice versa, is pretty cool. 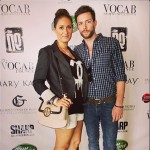 This sounds totally cheesy, but my love of music. I love discovering new music, I love going to live shows and i love telling people about new bands and music that I discover. My job really lets me combine all of these things, which is pretty sweet.

Work hard but don’t try to force something that doesn’t fit, and try to play to your strengths as much as possible. I used to write about fashion and it never quite “fit” as well with me as music did. With music, everything is coming far more naturally, and is very much bolstered by the many hours of work I put in. That’s the most important part: nothing comes without lots of hard work. But that time and effort makes the success you gain and build all the more rewarding and meaningful. I also firmly believe in the work hard/play hard philosophy, and lucky for my work and play mesh together perfectly. 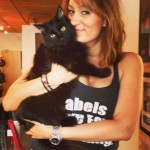 Honestly, I have no idea. I’ve found more passion and direction in pursuing music journalism than i’ve ever had in my life. If i wasn’t doing this, I’d probably feel pretty bored, and maybe even a little lost. Although I’m sure my liver would be better off!

Aside from Addicted I’m also the talent coordinator for an online radio show called The Bobcast. the host is Bob Segarini, whose claims to fame include being the Iceman from q107 and satellite radio, the frontman of pop rock band The Wackers and a prolific singer/songwriter besides. I meet so many up and coming and very talented bands and artists so it was another natural fit for me to use those connections to give the show some great musical content, and provide exposure to the musicians whose work I’ve come to love and enjoy. 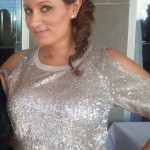 This may sound kind of cheesy, but his presence. I don’t care how good looking, tall, or fit a guy is. I notice how a man carries himself, and I’m looking for confidence, and the vibe that he’s comfortable in his own skin and with who he is. I’ve never been one of those girls who can stroke egos or fawn all over a dude’s job/band/designer loafers. If you’re cool with yourself, and you put that out there, that makes me sit up and take notice.

A nice smile and a confident presence. It’s also nice when a guy can actually look me in the eye. I’m a 34DD, so you can imagine where men’s eyes generally wander to haha.

Intelligence, a cool, dry wit and a good sense of humour.

Ignorance and small mindedness. Shitty taste in music is a close second deal breaker, and i would even lump it under ignorance (i’m a music snob through and through). I once stopped talking to an extremely good looking guy because he told me Soundgarden (my favourite band ever) was shitty, white trash music. Not cool.

Confidence without being cocky, nice hands, good kisser. I also have an odd Jesus fetish (not in a religious way, in a “I like guys with grabable hair and some scruffy beardiness goin on – weird, I know). I’m also somewhat partial to gingers for some reason. I also like when a guy is driven and ambitious, no matter what his pursuits may be. I’m not talking a six figure bank account, but a reason to get out of bed every morning that makes your life better than the day before.

Bad kisser, big (and unearned) ego, aforementioned bad taste in music, being oversensitive and lacking a sense of humour. Thinking money and possessions will impress me. If your personality and you yourself isn’t enough to keep my attention, a shiny sports car or designer wardrobe won’t help either.

To stay in shape, what’s your basic diet look like? (low carb, vegan, eat whatever you want and pray, etc.)

Eat whatever I want and pray for the most part! I’m a terrible cook so I eat a lot of takeout. I do try to make good choices when I get the chance, like eating salads, and less processed, and more fresh foods. Being as busy as I am there are days when i literally don’t have the time to eat, so I guess that helps too haha.

I try to exercise from time to time (definitely need to get better about that!). I also ride my bike as much as possible, especially to shows, it’s such a fun and easy way to get around. I also box and kickbox occasionally, it’s fun and a great stress reliever. Plus, i watch a lot of dumb action movies, and watching a flick with great fight scenes always revives my love for martial arts and plain old punchin and kickin shit. 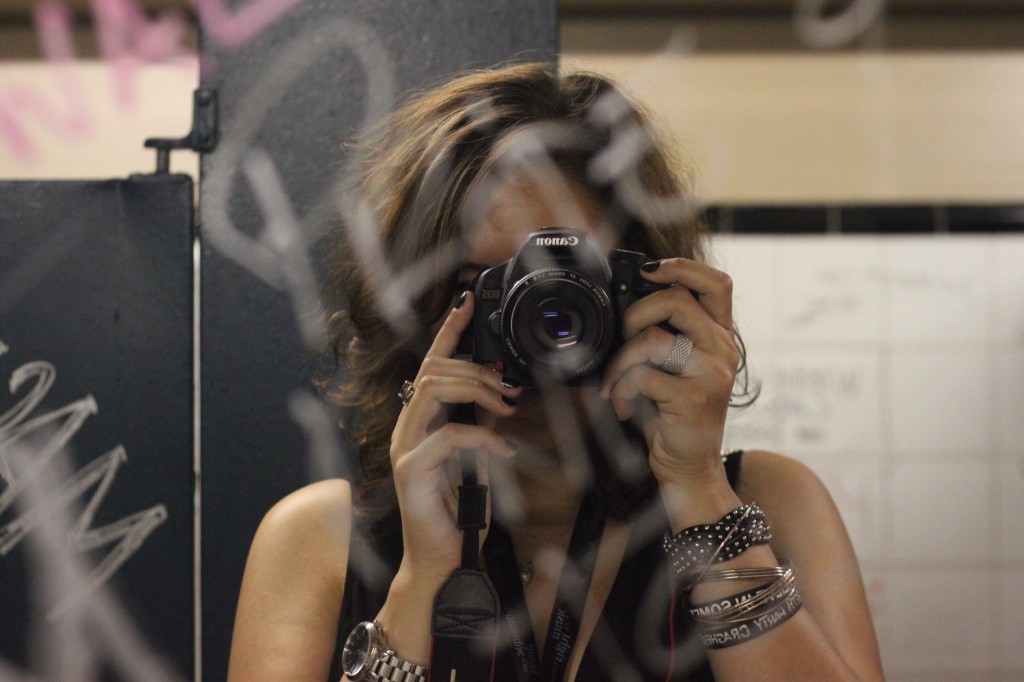 My focus has been, and will continue to be building up Addicted, the online magazine I helped found. I’ve been so happy with the reception we’ve been getting and I’m all about riding that wave as high and as far as it will take us!

Favourite workout tip:?Find a workout that you enjoy so it doesn’t feel like “work”. that’s boxing and kickboxing for me. Life is too short to force yourself to do shit you hate.

Favourite recipe:?Whatever anyone makes for me (I hate cooking haha). I do make a mean chocolate chip banana bread, that’s about as domestic as I get.

What are you driving:?Can I talk about what I’d like to drive, someday, in my dreams? My dream cars are either an Audi R8 or a BMW 850. I love a sleek, powerful sporty car.

One thing guys should know when talking to a beautiful woman:

Beautiful women hear they’re beautiful, hot, sexy, whatever, all the time. What they don’t usually get is intelligent, interesting and honest attempts at conversations. Come over, say hello, ask how the night/event/whatever is going. Showing genuine interest in a woman as a human and not just a conquest/piece of ass really goes a long way. It’s refreshing and I wish more guys would do it. Even if she’s not interested, you still come off as a cool, respectful guy and that will definitely help your chances with other ladies too!

I shot a reality show last year, and having to watch one of my co”stars” be rude, condescending and abrasive to the crew was terrible. It made working with that person nearly intolerable and really made the long hours shooting a drag.

One quirky thing about you that never turns up in interviews: ?I can probably quote Mallrats, Empire Records and the Princess Bride backwards and forwards. Those are my top three movies of all time. I also collect fridge magnets from different cities and countries I’ve visited.